Tweet
The June meeting of Kessingland Library Creative Writing Group met on Wednesday this week, with a slightly smaller turnout than usual.  But we still had a productive meeting, so that's all that matters.

Homework from last session was to take a walk around a graveyard and take note of the words on one grave and write a story for that person.

I had a pleasant wander around the local graveyard on a Sunday afternoon, making the most of the sunshine and the peacefulness.  Even though I managed to sting myself on some nettles, I found the whole experience rather uplifting, to see that so many people died young or alone, and it makes you realise just how blessed you are.

So while I found quite a few interesting names ... 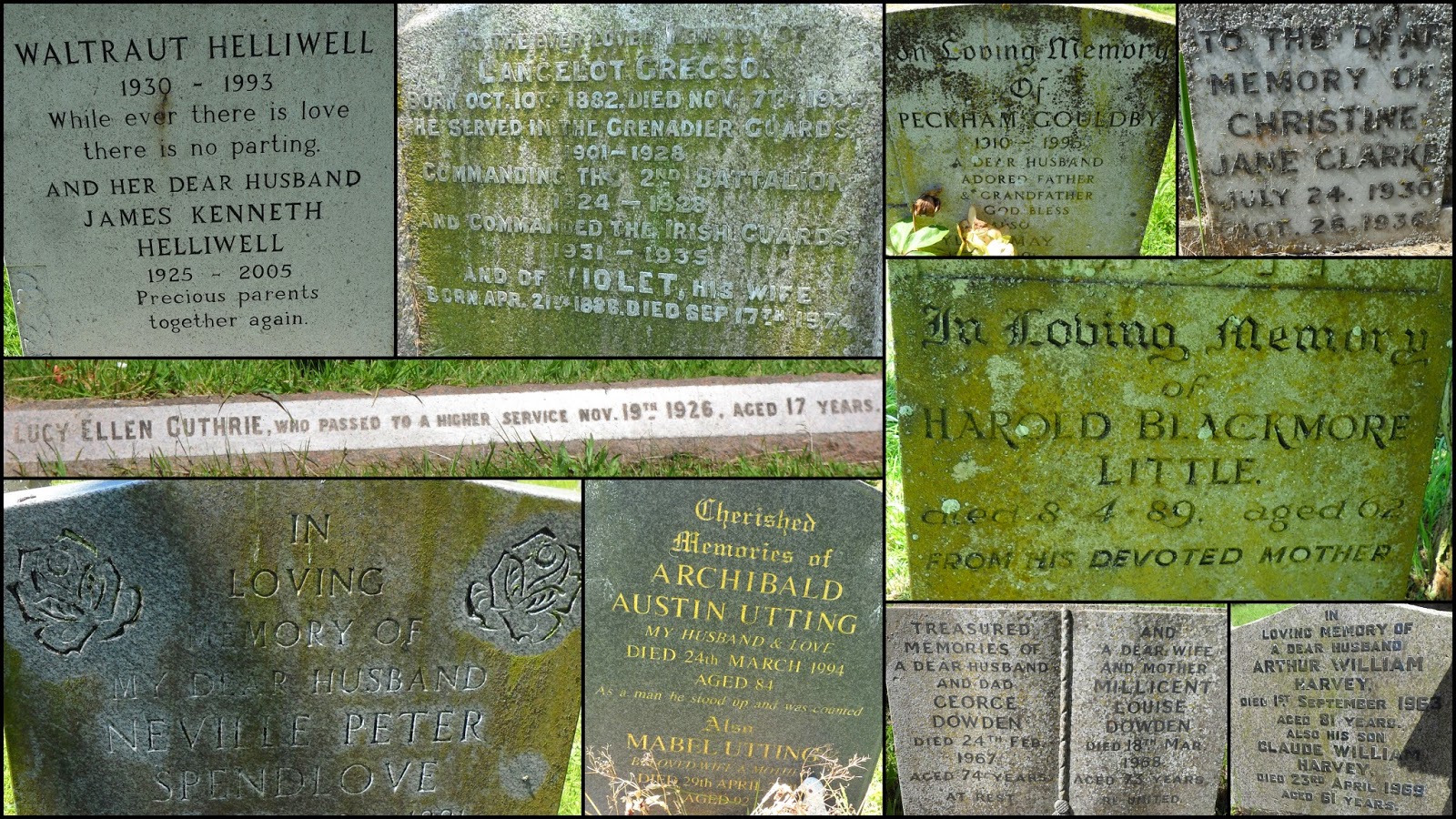 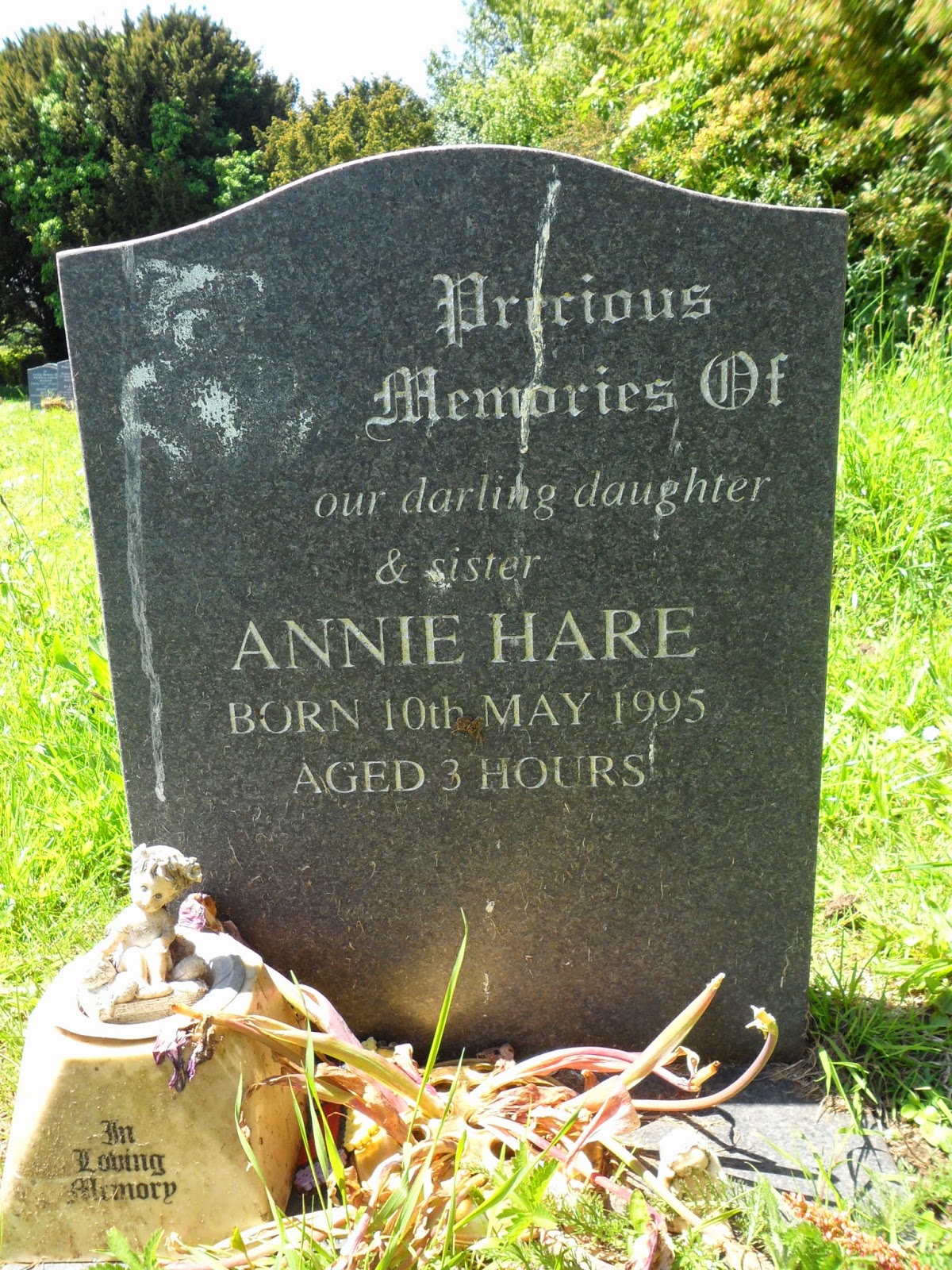 During the session, I tried an activity that I'd worked on with my teen writing group, and that was to write a 26 sentence story, with each sentence starting with a different letter of the alphabet (in alphabetical order).

Angry, Jeremy stood at the top of the stairs, hands on hips, a furrow in his brow, shaking his head at the pile of boxes covering the hallway floor.

"Barry!" he yelled, knowing full well that Barry would still be asleep and quite possibly wouldn't wake up for a good few hours.  Climbing cautiously over and around the maze of boxes, Jeremy pushed open the living room door and pulled open the curtains, letting the morning sunlight burst in.  Drowsily, Barry groaned from the sofa and rolled over, away from the light, hugging a cushion over his face.

"Ever thought about getting a proper job?" Jeremy breathed in his brother's ear, and then planted a kiss on his cheek.

"Feck off," Barry croaked, waving his arm in front of his cushion-covered face, as though trying to swat a fly.

"Get up!" Jeremy shouted, pulling Barry off the sofa by his ankles.

Hanging on for dear life, and putting all his strength into making his body as rigid as possible, Barry managed to pull the sofa over, covering himself, and knocking the vase off the coffee table.

"I give up, I really do.  Just when I think that you couldn't waste any more space, you go ahead and surprise me by being even more useless," Jeremy ranted while leaving the room.

Kicking a small box out of his way, Jeremy dropped his head and rubbed his right eye with the heel of his hand.  Life was so difficult with Barry around.

'Maybe if he took things a bit more seriously he wouldn't be such a pain,' Jeremy thought as he clicked on the kettle.  'No, that'll never happen.'

Outside, a sparrow danced on the bird table, jabbing its beak into the mesh of the bird feeder, getting its breakfast, while inside Jeremy stirred his coffee and daydreamed about jabbing his spoon into Barry's head.   'Perhaps I can do it, one night, when he's asleep, when he's dead to the world and won't feel anything,' he thought, smiling.  Quite unexpectedly, Barry appeared in the kitchen doorway, looking worse for wear.

"Right, look, I know what you're going to say, but you don't need to say it; I already know," Barry says, sheepishly, holding his hands out, apologetically, to his brother.

"Shut up, just just up, I've heard it all before.  Time and time again, the same excuses, the same apologies, but this time I don't want to hear any of it," Jeremy snapped.

"Understood," Barry said, knowing full well that he had pushed it a bit too far this time.

Vacantly, Jeremy looked back out of the window at the sparrow on the bird table.  "What's in those boxes this time?" he asked but wished he hadn't spoken.

"You had better get those drugs out of my house, and any other drugs you have here, and go; I never want to see you again!" Jeremy screamed, not turning around to face his brother.

Zigzagging across the sky, the sparrow flew off into the morning clouds, leaving the earth behind to carry on turning.

The homework for our next meeting is to go for a walk and take note of signs (street signs, direction signs, house names, menu boards, lampposts, etc), and use the words found in a story.

Tweet
Another good turn out for the Lowestoft Library Teen Writing Group this week, with six creative writers turning up.

This session we each wrote a 26 line story, where each sentence began with a different letter of the alphabet (in sequence).  This is a bit like an acrostic/abecedarian poem, but obviously using prose.  We had fun trying to think of words beginning with the more difficult letters of the alphabet.  I think a little cheat should be allowed with X, as we could only think of 'xenophobic' and 'xylophone', which didn't really fit in with anyone's stories, so words beginning with ex- were allowed (exciting, example, explore, extend ...).

While writing this I found that I don't know my alphabet as well as I should!  We can all recite it, but when it comes to knowing which letter follows on from another, out of context, it can be quite tricky!

A few years ago the world was subject to a terrible catastrophe.  Bombs were dropped on all major capital cities, killing millions of innocent people.  Catharine should have been in London on that fateful day, but a power cut has meant that her alarm hadn't gone off, and she slept in till 10am.  Dragging herself out of bed, bleary eyed, she sighed as the red lights on her clock came into focus.  'Eric should have called me,' she thought, as she reached for her phone, which was sitting on her bedside table.  From the flat next door, Catharine could hear old Mrs. Jacobson sobbing and wailing like a deranged banshee.  Groaning, she pounded her fist on her bedroom wall in the hope it would quieten down her neighbour, but the crying just got louder.  Her phone vibrated in her hand, but when she looked down she was disappointed to see that it wasn't Eric, but instead her battery was dying.  Irritability started to set in as Catharine scrambled about under her bed looking for the right charger cable for her phone.  "Just how many of these things do I need?" she mumbled whilst untangling the wires.  Kneeing herself in those nose as she stood up, Catharine grumbled and flopped back onto the bed.  Laughing, she pulled a pillow over her face.  Moments later her phone vibrated loudly.  NICOLE flashed across the screen, and Catharine knew to never ignore a call from Nicole.

"Oh my goodness, where have you been?" Nicole screamed into Catharine's ear.  "Please tell me you're alive, I couldn't bear it if something had happened to you," she continued.

Quickly, Catharine opened her mouth to speak, but, as always, Nicole carried on talking before waiting for an answer.

"Really, you should let your best friend know if you're dead or alive, if nothing else.  Something like that should be at the top of your list, you know.  Talk to me Catharine, I'm begging you."

"Uumm, my alarm didn't go off, and I feel like I've been kicked in the face, which I kind of have been, but with a knee rather than a foot, and I'm a bit confused as to why you're panicking more than usual," Catharine answered.

"What are you talking about?" Catharine asked.  Exhaling slowly, the penny dropped.

"You must remember, they've been threatening to drop them for ages, and today, this morning, first thing, they annihilated the world's major capital cities; London being one of them," Nicole blurted out.  "Zombie apocalypse annihilation would be a day at the beach compared to this."

Our next meeting is on Wednesday 2nd July, 5-6pm, at Lowestoft Library.

Posted by Rebeccah Giltrow at 14:25 No comments: 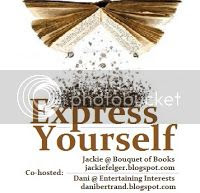 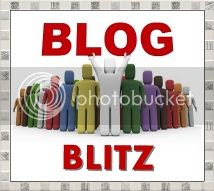 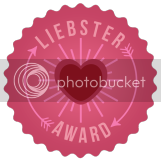 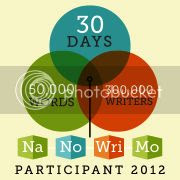 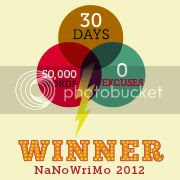