B is for ... BEAUTIFUL OUTLAW

So today is the 2nd of April, which must mean that it's the second day of the A to Z challenge.  I've decided to share my love of writing through this challenge, and hopefully introduce people to the world of Oulipo.  I first heard about Oulipo when I was at university, and I was fascinated by their approach to writing that I decided to delve deeper into the world of experimental writing.

B is for ... BEAUTIFUL OUTLAW

"The outlaw in question is the name of the person (or subject) to whom the poem is addressed.  Each line of the poem includes all the letters of the alphabet except for the letter appearing in the dedicated name at the position corresponding to that of the line ..."

Lily
Tiny creature, expectant, amazed, a babe, a friend, ever growing in wonder, hope, joy, seeking requited affection.
Knowledge bursts forth from watchful eyes, a search, a struggle, a flex, a problem resolved, a zealous scratch enjoyed, urges quashed.
Perked ears work overtime, quizzing passers by, a protector, a just guard, a security system extraordinaire, bark far worse than bite.
Quiet and dozing, she sleeps in the most awkward of places, or wants to chase her ball and cracker just after dinner when I'm feeling fat, bloated, exhausted, but I love her. 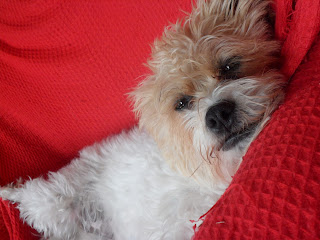 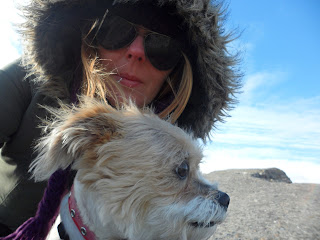 Please forgive the soppyness of the last line, but I do love her *squee*
Posted by Rebeccah Giltrow at 08:05

Email ThisBlogThis!Share to TwitterShare to FacebookShare to Pinterest
Labels: A to Z, Oulipo, poetry